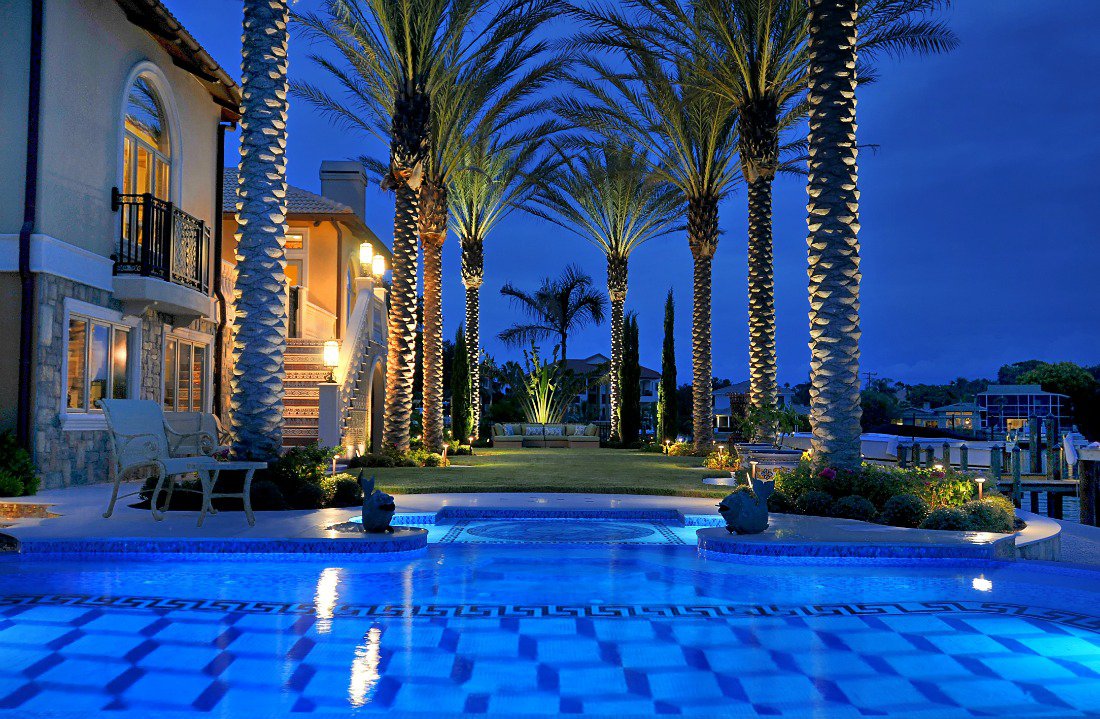 West Bradenton has a unique mix of old and new, big and small.  Many people want to live "west of the Trail" (the "Trail" being Tamiami Trail also known as Route 41 which spans from Tampa to the north all the way to Miami to the south) as homes there are closer to the Gulf beaches.  There are older, well-kept neighborhoods with smaller homes and mobile home parks as well as newer Luxury homes built on or near the water.  New construction is still going on in the area. Cortez Road and Manatee Avenue are the two major streets that lead to the beaches of Anna Maria Island.

Homes in Hawks Harbor were built after 2000 and the community is considered a Boater's Paradise.  It is a gated, deed restricted community with relatively low quarterly fees. Many homes sit on sailboat water off Sarasota Bay with private docks and no bridges to the Gulf of Mexico.  There are 54 homes on over 30 acres. You've got it all here - quiet privacy but just minutes to the beaches and all they have to offer.

The single family homes of Wisteria Park were built on 60 acres.  This community is close to the beaches of Anna Maria and the nature park of Robinson Preserve where you can hike, bike and launch your canoe or kayak through their mangrove preserves. It is also near the Desoto National Memorial where the conquistadors landed in 1539.  Some homes are "maintenance-free"' (your lawn care is included) and amenities include a playground, community pool, spa and recreation building.

The community of Legends Bay was built in the Spanish Revival theme which is fitting since it is near the area that Conquistador Hernando de Soto's army landed in 1539. Amenities include a community clubhouse and pool as well as a boardwalk and pier surrounded by wetlands and views of Sarasota Bay. Homes feature 3 - 5 bedrooms with 2 - 5 baths from 2,000 - 4,500 square feet priced from the $300,000's to almost 2 million dollars.  You have the best of both worlds, just minutes from the beaches of Anna Maria Island yet tucked away from the crowds!

Your last chance to build your dream home and have your dream boat. Deep water with direct access to Sarasota Bay and Gulf Mexico Can easy hold 2 big boats - 55-60 Foo...

Lisa Salvato - 5 stars! John is fabulous! He listened to what we wanted and emailed us only properties that applied.  We live in New York and were interested in purchasing a Florida property.  Having never met him prior to our visit to view the key properties of interest, from his e-mails, we didn't know what to expect .  We feel like we hit the jackpot, John was professional, courteous and went out of his way to show us condos in a spread-out area.  We have now closed on that purchase.  Thank-you John for being a great negotiator and knowledgeable in your field.  Your follow-through beyond the closing is appreciated and impressive.  Thank-you Leslie for your work in the background to follow-up with all of the condo documents.  We have sold and purchased homes before and John is at the top!  February 2018

Robert Theofel — Above and beyond!  Every aspect of the home buying process from initial search to closing went without a hitch due to Leslie and John’s expertise.  When searching for a home, we received recommendations that were within our search criteria and the team was always available to show the homes that we selected.  The recommendations we received during the negotiating, buying and closing process were excellent and we were able to close within a month of the initial viewing of the property.  I would highly recommend them to anyone looking to buy a home!

Curt Johnson — My wife and I needed to sell our house, however there was much to do to get it ready. John and Leslie let us know how to fix-up the house to get the best possible response at the showings.  We got it done and sold our house within 2 days of listing it with them. I think one of the best things I walked away with from the experience is how I felt trusting them with my home knowing that they had my best interest at hand.  I would recommend John and Leslie to anyone who wants to be successful in selling or buying a home.

Jennifer Pearson —  Leslie and John went above and beyond to help us sell our home! We had relocated 1900 miles away as we were trying to sell our house.  They were in constant contact with us regarding the house and showings.  They helped us find maintenance people when needed and even completed some things themselves.  We would highly recommend them and should we return to the area, we will definitely use them to purchase a home!

Valerie Bologna — 5 stars! John helped my husband and I find a condo in Sarasota while we are living in another state. If there was something that we were interested in, he would go out right away and take pictures of the place and e-mail them to us. He never made us feel like we were wasting his time even though our purchase was not a million dollar listing! In a few years we will be calling on John again to find us a permanent place to live instead of seasonally. My husband and I appreciate all that he and his wife Leslie have done for us to make this purchase go as smooth as possible and we feel like we have gained new friends as well!

Victoria Harlow — 5 stars!  Leslie went above and beyond with advice on staging, open houses, and cleaning and caring for my property while I was absent. Her teammate and husband John make a stellar team. I was so happy to get a great offer so close to my asking price.  Awesome work! Thank-you for being vigilant and for the awesome care you took with selling my house.  Your are the best that I've encountered after selling three houses over the years!

Edy Campos —  5 stars! -  Can't get any better than John!  He helped me all the way until the end, gives great advice, works fast, follows up and doesn't waste time.  If you are serious about finding a place to call "home", I really recommend John Gregory!

Nancy Gallagher —  If you're looking for a new home in Florida, John is a tireless agent to have on your side!  If he doesn't know the answer to a question (which is rare) he will find it and in a timely manner!  I highly recommend his services.